But you be watchful in all things, endure afflictions, do the work of an evangelist, fulfill your ministry. – 2 Timothy 4:5

Bro. John Branch is a native of Boligee, Alabama. He has been married to Gladys Smith Branch for 52 years. They have two children and three grandchildren (and three adopted grandchildren). Bro. Branch has been aChristian for 49 years, and is a graduate of Alabama A&M University, and also studied at Alabama Christian College (now Faulkner University). He has been preaching the gospel for 46 years, and has served as Pulpit Minister of the Northwest Church of Christ, Huntsville, Alabama for the past 42 years.

Prior to his time at Northwest he was the assistant minister at Brandontown Church of Christ in Huntsville, Alabama for 3 years. He has spoken on Lectureships and conducted Gospel meetings in several states. He has also been a facilitator at Marriage Retreats, Men’s Retreats, and Teacher Workshops, and has been one of the speakers for the "Words of Life” radio broadcast, that can be heard each Sunday on radio station WEUP 1700 AM, for the past 18 years. He retired March 31, 2010 after working forty years in the field of Electrical Engineering for a contractor to NASA at the Marshall Space Flight Center in Huntsville, Alabama. His desire is to simply be a servant in the Lord’s kingdom and encourage others to be the same. 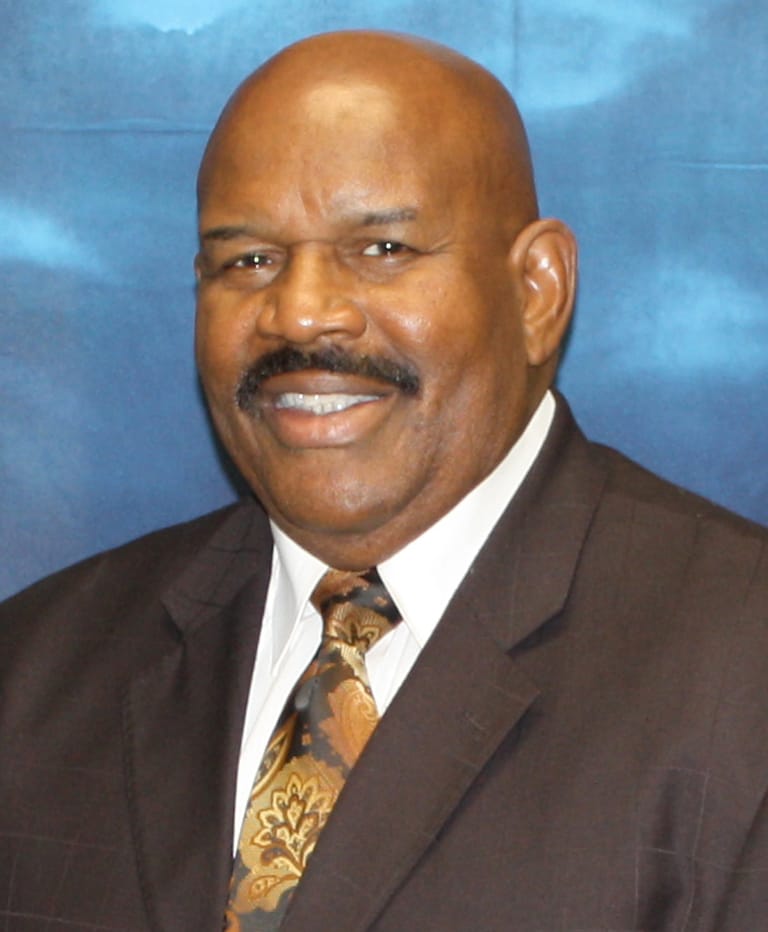 This is a faithful saying: If a man desires the position of a bishop, he desires a good work. A bishop then must be blameless, the husband of one wife, temperate, sober-minded, of good behavior, hospitable, able to teach; not given to wine, not violent, not greedy for money, but gentle, not quarrelsome, not covetous; one who rules his own house well, having his children in submission with all reverence (for if a man does not know how to rule his own house, how will he take care of the church of God?); not a novice, lest being puffed up with pride he fall into the same condemnation as the devil. 7 Moreover he must have a good testimony among those who are outside, lest he fall into reproach and the snare of the devil. — 1 Timothy 3:1–7

Brother Freddy Hall, his wife Tecolia and family joined in fellowship with the Northwest Church of Christ in June 1997, after relocating from St Louis Missouri where they worshiped with the Berkley Heights Church of Christ. He has served Northwest as an elder since December 2002.

Brother Hall is a native of the state of Arkansas and was raised in Warren, Arkansas. Brother Hall’s formal education include graduation from The University of Maryland, College Park Maryland with a Degree in Management and from Columbia College, Columbia Missouri with a degree in Business Administration.

Brother Hall and his family served in the U.S. Army and traveled to assignments overseas as well as various stateside assignments. He concluded his rewarding military career at Fort Campbell, KY, home of the famed 101st Air Borne Division in January 2002 and retired as a First Sergeant (E-8) after serving his country faithfully and honorably for 25 years. After retirement, he and his family made Huntsville, AL their permanent home.

After retirement from the Army, he continued his service to his country and went to work for the Army Civilian Personnel Operation Center, Redstone Arsenal as a Human Resources Specialist. He later accepted an internship with the Aviation and Missile Command (AMCOM) Acquisition Center as a Contract Specialist. After several years in contracting, he accepted a position with the AMCOM Inspector General Office and is currently serving as an Inspector General for the command. Combined, he has a total of 43 years of federal service to the U.S. Army.

Brother and Sister Hall have two children a son and a daughter, Anthony and Ashley. They enjoy the love of five precious grandchildren, Aniyah, Kaliyah, Lyriq, Keegan, and Anthony Jr.   Brother Hall has served the church as a church steward, bible class teacher and song leader. He oversees the Ladies, Prison, Evangelism, Campus, Transportation and Safety and Security ministries. Brother Hall’s ministry goal is to be the best shepherd that he can be to this flock. To assist ministry leaders, deacons and fellow Shepherds in their efforts to love this church family, strengthen the body, and walk with them on their spiritual journey. He believes it is his responsibility to "hear what the Spirit says to the churches" and pass those messages along to our congregation. His heart's desire is to consistently draw out of the "storeroom" of God's word "new treasures as well as old." His motto for over 40 years has always been: “In the pursuit of excellence, there is no finish-line!”. It is truly an honor to be a humble servant.

Brother Willie Malone and his wife, Theolis are charter members of the Northwest Church of Christ congregation which was established in 1978. He has served as an elder since 2002. The ministries under his oversight are benevolence, building and grounds, education and youth. Brother Malone has served in various capacities including song director, education director, and bible class teacher. In addition, He has facilitated marriage and financial management seminars in Alabama and Tennessee.

Brother Malone is a native of Limestone County, Alabama. He and his family moved to Huntsville from Cleveland, Ohio in 1974. They have been married 54 years and are blessed with two daughters, Dilek and Denise, who are faithful members of the Northwest congregation.

Brother Malone was the first African American Allstate Insurance Agent in the State of Alabama. He retired at age 55 in June of 2000 after 26 years of excellent customer service. He also served his country in the U.S. Army for three years as a certified hawk missile radar technician during the Vietnam war. Brother Malone attended Cleveland State University, Cleveland, Ohio. His formal education includes business administration, finance, and marketing.

Brother Malone is committed to faithfully serving the Lord’s church and the community where he strives to demonstrate leadership through service and example. His favorite scriptures are Romans 8:35-39, Ephesians 6:10-18 and 1 Corinthians 13:1-13. ....“I’m honored and humbled to have been asked by the members of Northwest Church of Christ to serve as one of the elders and hope to honor their trust by guarding the flock, helping us stay faithful to Biblical teachings, and encouraging all members to grow in their knowledge and obedient faith of our Lord.”

Jimmy Stone is the son of Brother and Sister Jimmy L. Stone, Sr. of Madison County, Alabama. He is the third of six children to their union. Jimmy attend the Brownsboro junior High School, Brownsboro, AL, Buckhorn High School, New Market, Alabama and the Huntsville Hospital School of Radiologic Technology. He worked at the Barbara Coleman Air Conditioning Fabrication Plant while in college as a sheet metal fabricator – b grade and spot welder. Upon graduating, Jimmy was hired by Decatur General Hospital, Decatur AL as a radiograph/mammogram technologist. He worked at the Fifth Avenue General Hospital as a second-level administrator in radiology. He attended the UAB radiation physics program and was hired by Huntsville Hospital as a radiation therapist-supervisor. Jimmy was promoted to second level administration after attending Calhoun Community College and Falkner University School of Business. He retired from Sportsmed Orthopedic Surgery in 2017.

Bro. Stone was married to Sister Veronica P. Stone in 1976. The Stones were blessed with three children: Patrick R. Stone, Michael A. Stone and April J. Stone. Jimmy was baptized into Christ on September 27 th , 1975 at the Farris Drive Church of Christ while Bro. John Harris was minister. Jimmy moved his membership to the Brandontown Church of Christ to help Bro. Robert Butler in his ministry. In May 1978, the Oakwood Avenue Church of Christ was established with Bro. John Branch as minister. Jimmy moved his membership to assist John in this ministry. The congregation moved to 5008 Pulaski Pike in 1985. The Northwest Church of Christ was incorporated on May 1, 1983 under the laws of the state of Alabama with Jimmy as treasurer.

He has worked as youth director, young Timothy director, teacher of youth and adult classes, and preached as needed. On December 22 nd 2002, the Northwest Church of Christ ordained elders and deacons, Jimmy being one of them. He has taken his role and oversight very seriously. His goals are to grow the church - the body of Christ - into a spiritual organization, mature in Christ Jesus and to promote LIFE…Love, Involvement, Fellowship and Evangelism.

Likewise deacons must be reverent, not double-tongued, not given to much wine, not greedy for money, holding the mystery of the faith with a pure conscience. But let these also first be tested; then let them serve as deacons, being found blameless. Likewise, their wives must be reverent, not slanderers, temperate, faithful in all things. Let deacons be the husbands of one wife, ruling their children and their own houses well. For those who have served well as deacons obtain for themselves a good standing and great boldness in the faith which is in Christ Jesus. — 1 Timothy 3:8–13 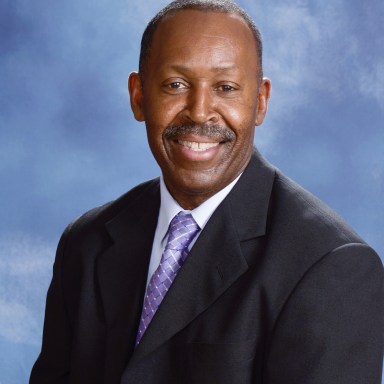 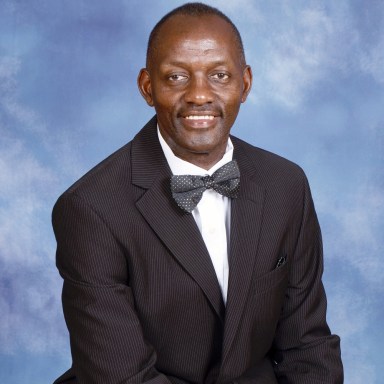 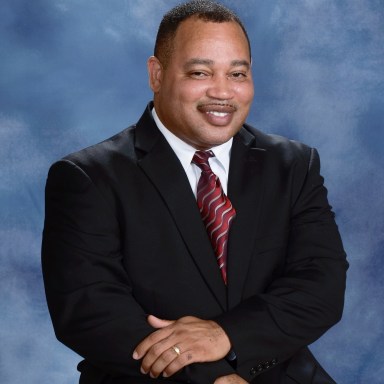 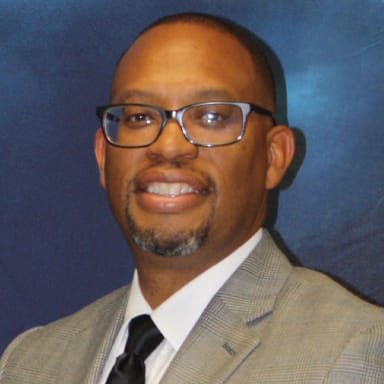 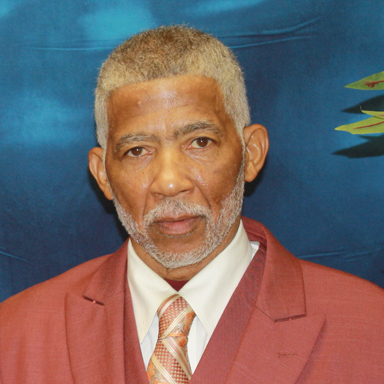 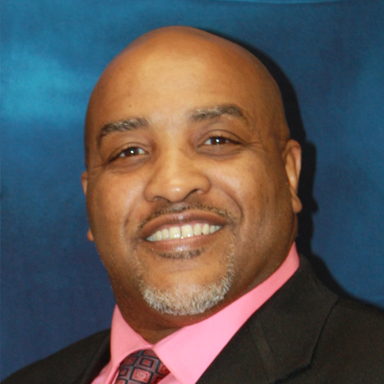 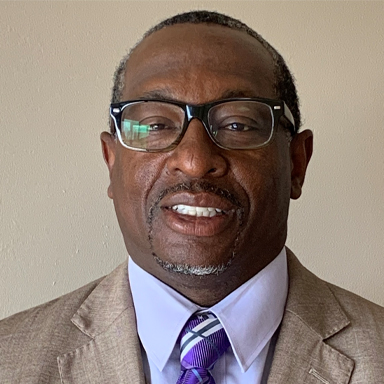 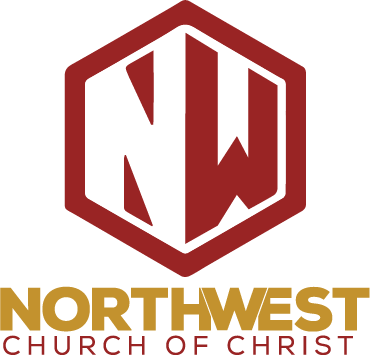 We welcome you to visit us at the Northwest church of Christ.  We want you to feel comfortable. Our mission is to promote L.I.F.E. (which is LOVE, Involvement, Fellowship, and Evangelism)